Henry: A Life of Henry Ford II by Walter Hayes 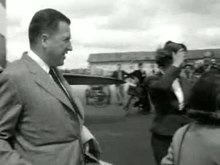 This book has been a real eye opener for me in as much as I now understand how instrumental Henry Ford II was in saving Ford Motor Company after the death of old Henry.

You can read more about Henry’s reign here